CHURCH CHOIR CONDUCTOR AT OUR CHURCH 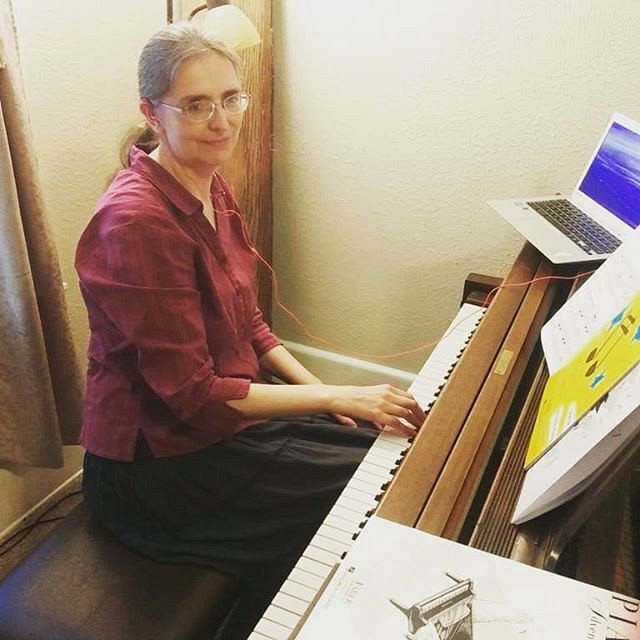 On October 24, 1954, the 26 member Djura Yaksich Choir (having taken the name of the famous Serbian poet), under the direction of Professor Kosta Galayeff, was inducted into the Serbian Singing Federation.  The SSF (as it was referred to) was a prestigious organization of church choirs associated with Serbian Orthodox Churches throughout United States and Canada.  The Petar Krstich Choir of Steubenville, Ohio served as Kumovi for the choir’s induction.

Throughout the following nine years, the choral group sang for all liturgy services in the St. George Serbian Orthodox Church and traveled to successfully appear as guest choir in such Serbian colonies as Steubenville, Pittsburgh, Midland, Lorain, Akron, Detroit, Indianapolis, Milwaukee, South Chicago and Windsor, Canada.  During this period, the choir was under the direction of Ms. Militza Kosanchich, dramatic soprano opera singer; Herbert Ketchum, Music Teacher; and Herbert Lewis, and at times rose to 35-40 members.  Djura Yaksich Choir appeared at several SSF Singing Festivals and was invited to present American and Serbian musical programs for numerous Cincinnati organizations including the prestigious McDowell Society and Matinee Musicale.

In 1964, after the split of the Serbian Church Congregations in the United States, choir members of churches aligning with the “Free U.S. Diocese” met at the Monastery in Libertyville, Illinois to form anew choral organization.  In September of 1964, choir delegates joined those from the original 18 choirs which gathered in Libertyville to form what was to become the successful Serbian Orthodox Choral Association (SOCA).  Djura Yaksich choir delegates Michael Miladinov and Nancy Miladinov Helbich were elected as SOCA’s first President and Secretary respectively.

Due to the loss of its senior members, since the early 1980s the choir had discontinued traveling to other colonies.  The choir was deeply honored at the Church’s 85th Anniversary celebration to once again welcome its Kumovi, the Peter Krstich Choir of Steubenville, Ohio.  This was a most memorable occasion.

Throughout these 54 years since its inception, the Djura Yaksich Choir has continually participated in liturgy services at the St. George Serbian Church in Cincinnati.  Many of the choir members have served as Church Presidents and Vice Presidents for consecutive terms; most have held offices on the Church and Kolo Executive Boards and taught Sunday School.

Although presently very small in number, our singers are dedicated to continue to sing the religious responses at our liturgy services and to provide the beautiful songs that are so much an important part of our Orthodox faith.